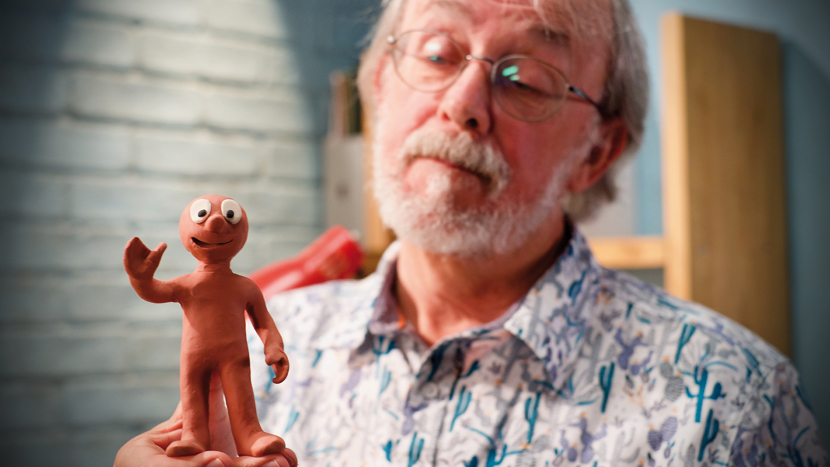 Seb Barfield recently took on the impossible challenge of  making a mere 60 minute documentary to cover one hundred years of British Animation. An impossible task, as British Animation has one of the richest animation histories of the world. It is hardly surprising therefore that many, many wonderful animators had to be left out. But TV programming is what it is, and we hope that several more documentaries can be made to cover the rest.

What has been achieved however is a tour de force through the character and uniqueness of an animation art form and industry that could only be born on this island. An island that has acted as a hub of creativity from around the world, continually welcoming animators from Canada the US, the whole of Europe, Japan, Korea, Austalia… the UK is a creative hub with animators from every corner of the world. And it’s been like this from the start with  the great Lotte Reineger coming from Germany, Len Lye from New Zealand, John Halas (of Halas and Batchelor) was Hungarian, to name but a few. This is one of the focuses of the documentary.

It also succeeds in showing the eccentricities of the art form in Britten, from Bob Godfry’s care free attitude to rules and unnecessary processes, and the importance of ‘boiling’. Joanna Quinn’s ‘life in a box’, Emma Calder’s cave of creation, and Samantha Moore’s advice. The willingness to create from anything, to pick up your clothes and animate them in your living room, a piece of broken chine, a toy.

Of course Aardman’s Morph was an essential part of early TV series history, but we also see some the distinctive talents such as Sarah and Duck. Looking at this more commercial side we see the UK’s more independent approach in the feature film too, with Mike Morts new feature funding by a private investor, made in a small local studio, we await some more of the best stop motion, something the UK does exceptionally well.

British Animation has it’s own inventive creativity and idiosyncratic way of getting by and creating something remarkable in the process. It is definitely something we need to document, with more documentaries, and books, so that the future generations can see how it all started, and the personalities that forged the way ahead through the undergrowth, leaving a path behind for others to follow.

Not wishing to give everything away, but wanting inspire you to keep an eye out for this fascinating new documentary, that will give anyone a feeling of wonder and awe at this most beautiful of art forms, from such a unique cultural centre.

Thanks for reading! Feel free to leave a comment if you have seen the documentary.