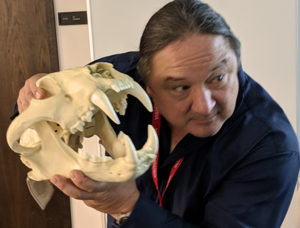 Stuart Sumida is the go to person for animal locomotion, when he is not teaching at California State University he is advising feature film animators how to create and move animals in a convincing way. He gave a fascinating talk at Escape Studios (London) recently, peppered with humour and insightful wisdom all the way through. If ever you get a chance to hear him talk, I highly recommend you go. He shared his expertise and experience about aspects of animation that are missing from many animation courses. So read on to discover these key concepts and how they will improve your work right now.

First lets introduce Stuart describing how three things he loves came together to inform a shot; animal biomechanics, animation and martial arts. They come together to create one shot early in Tarzan, the gorillas are playing and baby Tarzan does a roll.

He specialises in vertebrates, so these 5 rules apply mainly to them. First though, let’s think about our audience.

How to convince an audience

To be convincing a character does not need to look photo-real, or accurate to a real animal. The job of animation is to invite the audience to suspend reality and believe in the worlds we create. And those worlds are often pretty strange! So how do we make an imaginary world believable? What makes something convincing anyway?

Well there are visual signs that are so familiar to us, so deeply ingrained in our evolution, that we all pick up on them unconsciously. We are not aware of most of what we are seeing most of the time. But our brains are filtering out signs and shapes and actions that have been so deeply meaningful and necessary to our survival that we no longer need to be consciously aware of them. Instead we are aware of them only as ‘feeling right’ or ‘feeling totally wrong’.

We don’t need our audience to see an accurate representation of a rat, or a woman, or a wolf. But we do need them to ‘feel right’, so that they are convincing and believable.

So what are these unconscious signs, and visual cues that mean the difference between reading a convincing horse or an uncomfortable and unbelievable likeness to a horse? Let me introduce you to Sumida’s 5 anatomical rules that we need to be aware of as animators, to create convincing characters, that move in a convincing way. 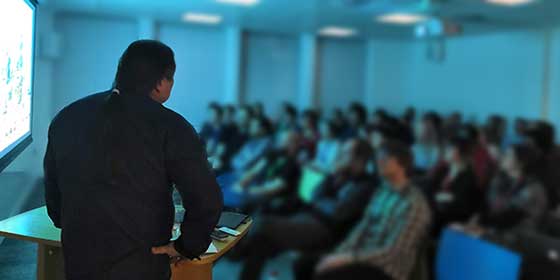 There are fundamental differences between animals that eat plants and animals that eat meat. If you have invented a meat-eating animal that follows the visual rules of a vegetarian animal, then it will not ‘feel right’ it will lack believability on an unconscious level and the audience will not be fully invested in it. Alternatively it could be very funny, because there is an incongruity in it that requires us to relieve tension through laughter, or it could just be very creepy. Both of these may be intended, but as film makers we need to know what we are doing either way.

Here is a direct comparison table to compare certain visual and movement traits.

Animals that eat both meat and vegetation, like humans, have characteristics somewhere in between the two above.

Slow motion of a cheetah running (notice how the head is held still, eyes fixed forward on the prey)

The difference in strength and shape of the backbone is why we can ride horses and not lions (apart from being dinner for the later). However working in animated films means that reality is often put to one side, so how do you ride on a bear? In the golden Compass you can see that they have been sat right up on the shoulders of the bear, that’s sort of works.

Small creatures can bounce. They also have a bounding run, and can run and move a lot faster. Every limb can move faster. Think of a dog scratching himself with his back leg, it can move pretty fast right? But imaging an elephant doing the same thing, it would not be right!

Here’s a great example of cats ability to bounce, it’s funny too!

Large animals cannot run very fast. Elephants move slowly, they don’t run is the same way a small animal does, they might do a slow jog, but mostly they walk, or rather they saunter. In fact if you animate an elephant running really fast, it becomes comedy. It also loses its sense of weight, and feels incongruent.

Elephants running, although moving quite fast it still looks more like a jog

Applying the traits of a human baby to animals is a very quick way to manipulate an audience into maternal/paternal feelings. So by studying what these are, we can see what we would need to apply to an animal character if we wanted the audience to feel that the character is a baby, or to feel protective towards it.

Babies have a comparatively large head, however the face is short. The jaw will be small, as babies don’t even start to chew until they wean, so they are not born with large jaws. The limbs are also short, as they are helpless when they are born. 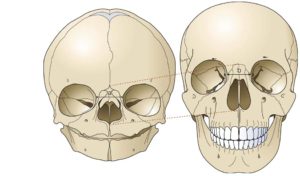 Characteristics of age might be the very opposite. A long face, large jaw, smaller cranium, small eyes, long limbs. 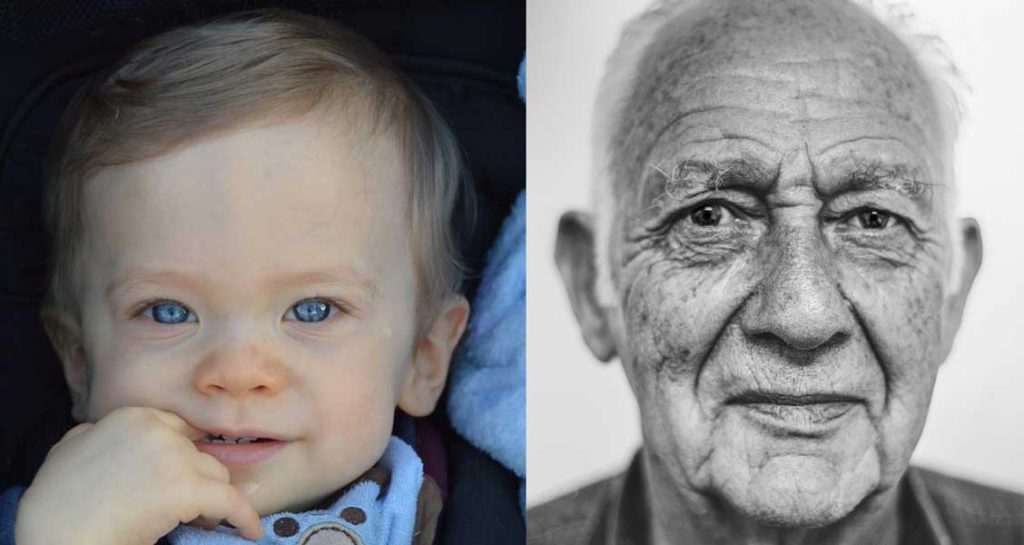 As an aside this is an interesting artwork from Anthony Cerniello called Danielle. It uses After Effects, 3D Studio Max and Nuke software to create a composite of similar family members at various ages into a convincing person going through the ageing process.

Studying the traits of human gender can in the same way help us to find characteristics that we can apply to other animals too, for believable gender differentiation.

Woman have wider hips, in fact the hip bone is a completely different shape than it is in men. Obviously it’s because the female pelvis has to be big and flexible enough for a baby to pass through. In women the two parts of the hip bone actually come apart during childbirth, and in men this bone can afford to be fused. 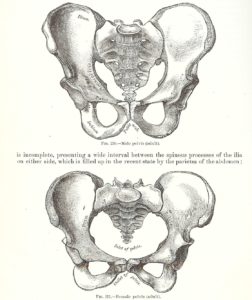 Women also have comparatively shorter torso’s, and longer legs. Look at a picture of a man and woman standing side by side, look at the waist line of each. In both of these images below you can see that the waste line is about level for each couple, but the woman’s shoulders are lower on both. A woman’s waist can even be higher than a man’s even though she may be shorter than him. What’s really interesting is that illustrations of anatomy often get this completely wrong. So often the man and woman have identical leg lengths. 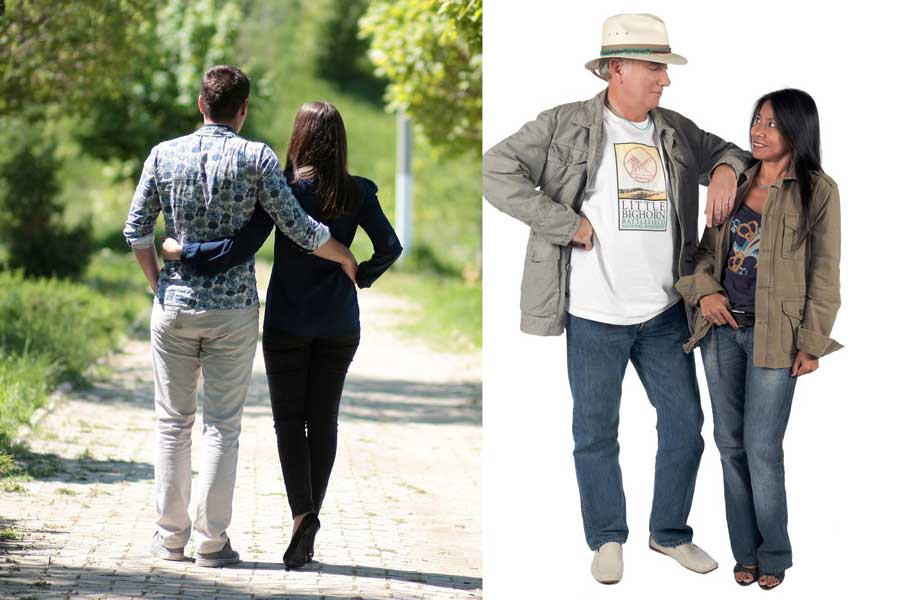 Since women also reach puberty earlier than men they stop laying down calcium sooner too so their bone mass is generally less, they have smaller bones, and finer features. So man are often larger, taller, broader, with thicker bone above the eyes.

It is important to note that simply adding breasts to a male figure will not give you a convincing female character, it will have a questionable feel to it, or a weak believability. In fact some female figures need to be very convincing even when you can’t see breasts, due to protective clothing, or disguise for example.

To offer as much clarity to the audience as possible, character designers often exaggerate the gender features. If your characters are anthropomorphic, minimal, or otherwise artificial, it will help to magnify these gender differences to help the audience read and identify the gender.

5. What’s going on underneath matters

You might assume, understandably, that vertebrates are all very different from each other. But just how different are they?

It’s interesting to start with a comparison of mammal arms by Chuck Jones, found in his book Chuck Amuck. By putting shoes and socks on them (not shown here) he clarified immediately, and humorously, what is an ankle, a knee, a shoulder, and so on.

This sketch by Chucks Jones compares the difference between arms. 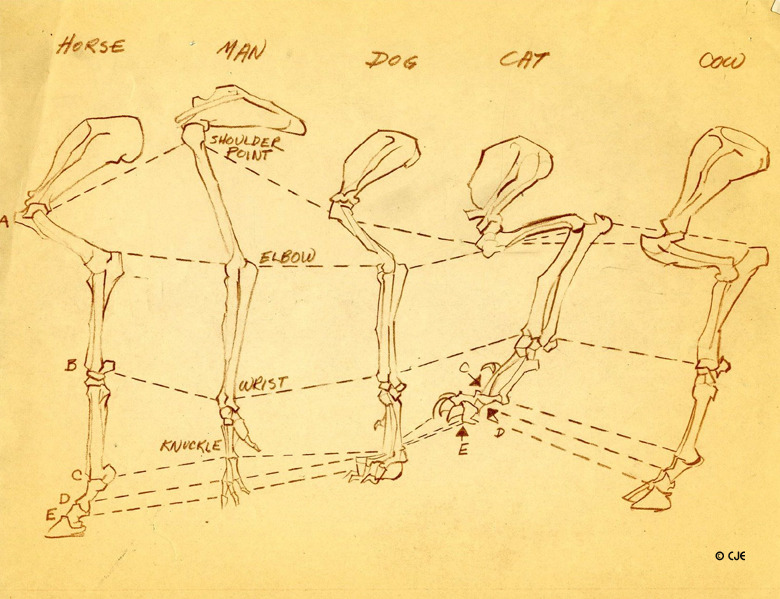 Understanding the skeleton of an animal before starting to animate it can be essential for animators. Bambi was blocked out in skeletal form for the entire film, before being animated in full form. (It’s also probably true that one of the animators on Bambi found a young dead deer, which they brought in to draw, and over the production time ended up as a skeleton.)

Unfortunately this document of drawings is not published, but would be one of the best studies of deer published if it was.

This sketch shows the skeleton in Bambi. 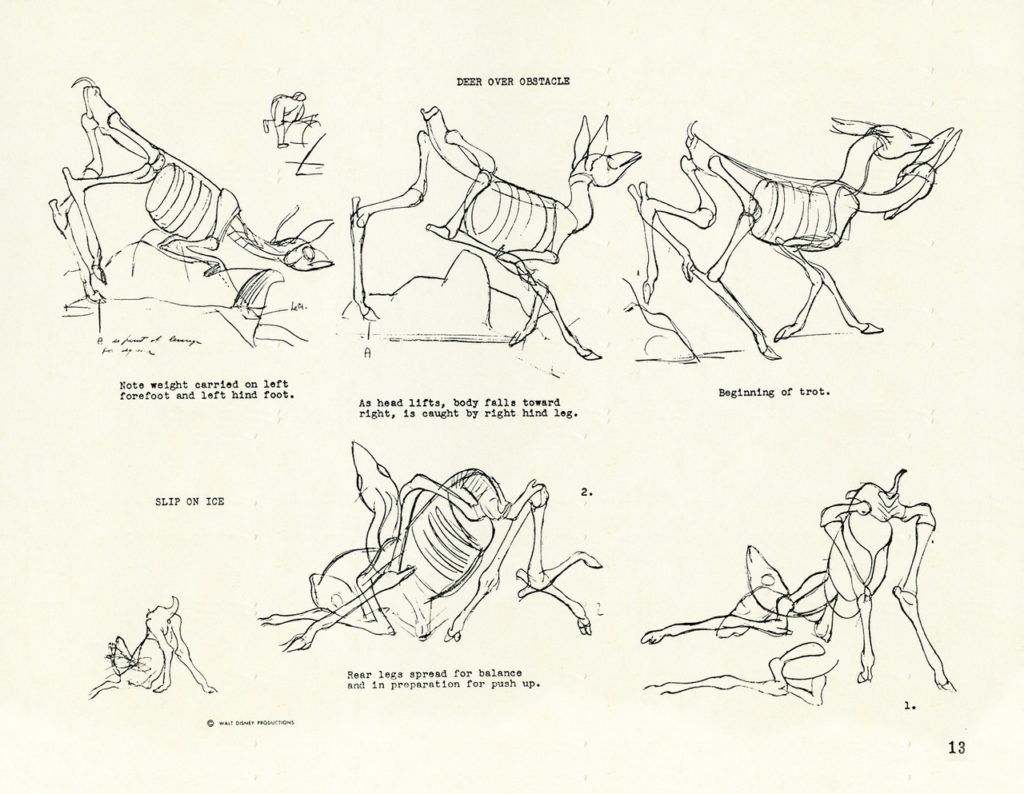 The skeleton will serve the movement and inform how the character looks too. So it is important to start with a good understanding of what does what at the skeletal level. Some interesting facts here to think about: all mammals have 7 neck vertebrate, even giraffes; the two top joints work together to create the full movement, the topmost atlas gives an up and down movement and the next down, the axis gives the rotational motion, it is not simply one ball and socket joint.

Indeed if you are building strange and imaginary beasts and monsters then they can be built first out of parts of skeletons that already exist. Using the rules of You Are What You Eat, Age and Sex, you can take relevant parts of skeletons from a range of animals to create a believable creature, that functions in a logical manor. From that skeleton ‘mixup’ you can then add muscle, and most importantly a layer of fat (this is sometimes left out to the detriment of the resulting character), then skin, then hair. 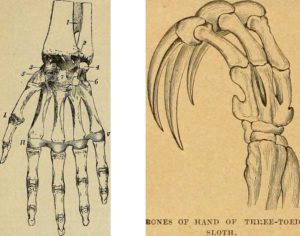 These are fantastically expressive. The feet too. The hands speak a language as complex as lip synch, so make sure that you use them as much as possible. Animals are often given a human hand movement to help them be fully expressive, wing tip feathers might act as the human fingers do. Feet can give away a contradiction in the character or tell us what’s happening in their subconscious. A character might be holding it together in an interview from the knees up but their feet might be tapping in a nervous way that they do not notice.

In the same way hair offers an expressive opportunity, not only in the way it moves but in the type of hair or fur. It tells us about the personality too. Animals in wetter climates might have longer wiry hair, allowing the water to run off more easily, animals in hotter climates might have finer, shorter hair. Likewise cold snowy climates might have fluffy, soft, downy hair. This can be used to make suggestions about human characters, based in the kind of hair they have. Are they more comfortable indoors or outside, are they protecting themselves from the cold (literally or metaphorically)?

These two extras lead us towards acting. It’s essential to get out anatomy right, as it’s the basis for acting. After understanding anatomy, we have something to start acting with.

Animators are wielding symbols, signs and metaphors which are read unconsciously by the unsuspecting audience.

Stuart Sumida reminds us that we are scientists and engineers as well as artists, we communicate messages that audiences are oblivious too, yet they shape expectations and interpretations of identity so we should remember that…

…so we can at least get our biology right!

Stuart Sumida is writing a book about anatomy for animators, and I believe animators are waiting eagerly for this as it is often not covered properly in other places. As you can see it is essential to get this right to have the best foundations for character animation.

Here are some great resources that can help you to understand whats going on inside.

A great skeletal reference book is Evolution In Action by Jean-Baptiste De Panafieu.

If you have found this useful, thats great, if you have any useful sources on this topic, please leave a comment below. Thank you.